When a series of circumstances beyond her control leave Rosalyn Bernay alone and penniless in London, she chances upon a job backstage at a theater that is presenting the most popular show in London. A talented musician and singer, she feels immediately at home and soon becomes enthralled with the idea of pursuing a career on the stage.

A hand injury during a skirmish in India has forced Nate Moran out of the army until he recovers. Filling his time at a stable of horses for hire in London, he has also spent the past two months working nights as a stagehand, filling in for his injured brother. Although he’s glad he can help his family through a tough time, he is counting the days until he can rejoin his regiment. London holds bitter memories for him that he is anxious to escape. But then he meets the beautiful woman who has found a new lease on life in the very place Nate can’t wait to leave behind.

Learn more and purchase a copy.

My Review: I really enjoyed this book. Jennifer Delamere is a new author to me, so I was really interested to read The Captain’s Daughter. The setting is late 1800’s London and offers a behind-the-scenes look into Gilbert and Sullivan. The book opens with Rosalyn, who has been living in an orphanage with her two sisters, having recently taken a job as a maid and preparing for life outside of the orphanage. Flash-forward 6 years, and things have gone horribly wrong. Her efforts to flee the situation lead her to a small London theater, where everything begins to take a turn for the better. We also have the opportunity to meet Nate, a quiet soldier who is biding his time until he can rejoin his regiment in India, until he meets Rosalyn…

I happily immersed myself into the book’s setting and really enjoyed the characters. The book was well written, and though the story seemed to hit a lull towards the middle, it picked right back up and kept me contentedly reading to the end. 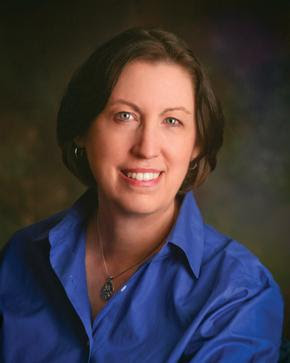 About the author:
Jennifer Delamere’s debut Victorian romance, “An Heiress at Heart,” was a 2013 RITA award finalist in the inspirational category. Her follow-up novel, “A Lady Most Lovely,” received a starred review from “Publishers Weekly” and the Maggie Award for Excellence from Georgia Romance Writers. Jennifer earned a BA in English from McGill University in Montreal, where she became fluent in French and developed an abiding passion for winter sports. She’s been an editor of nonfiction and educational materials for nearly two decades, and lives in North Carolina with her husband.
Find out more about Jennifer at jenniferdelamere.com.